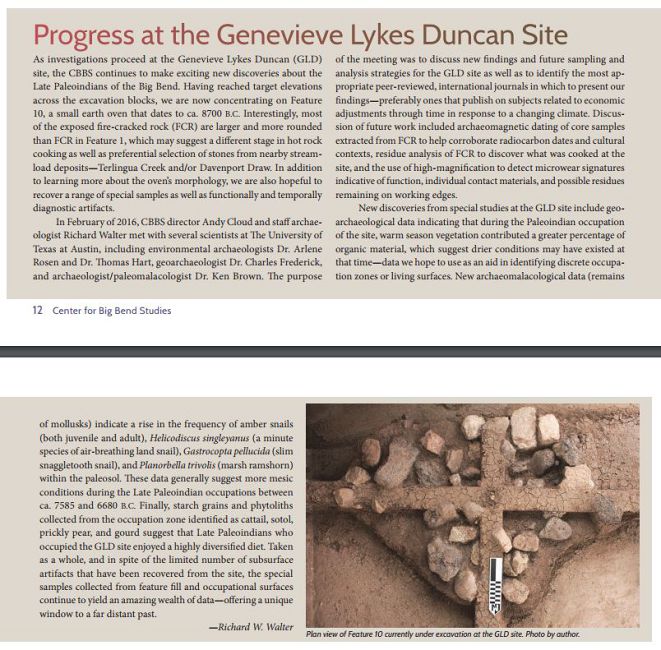 The Center for Big Bend Studies of Sul Ross State University has been documenting and investigating archaeological sites since 1999 on the O2 Ranch in Brewster and Presidio counties, Texas. One of over 500 sites discovered, the Genevieve Lykes Duncan site,1 has deeply buried cultural deposits with intact thermal features dating to the Late Paleoindian period. The site was tested with hand-excavated units and backhoe trenches from 2010 through 2012, and radiocarbon data from the features indicate it is the earliest dated site in the greater Big Bend region by some 1,300 years. Notably, two plant-food preparation technologies ubiquitous across North America in the subsequent Archaic period—the use of stones as heating elements and use of groundstone implements—are well represented within the Late Paleoindian deposits. Findings from the testing phase at the site, including feature, artifact, and geoarchaeological data, are provided.